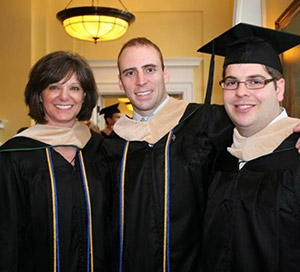 Student loan forgiveness and the cost of higher education has been a hot political topic for the past several decades. It has become more contentious over the years as graduates have been burdened with a significantly higher debt burden to income – assuming one secures a job after graduation – especially following the great recession, of which I was the graduating class.

When I was an economics student at William and Mary in my senior year, I took a seminar class (a high level class typically reserved for seniors in small class sizes in the low teens) on the costs of higher education. The professor at the time, Robert Archibald, was working on a book with another professor, David Feldman, called Why Does College Cost So Much?

Of course there isn’t one reason, but in summary, the issues include:

How did we get here culturally? Marketing.

The most powerful marketing changes our culture and perception of reality for multiple generations. Cigarette companies and Apple are great examples of the power of effective ads, but none of them come close to the success of DeBeers Diamond Company. Specifically, engagement rings. This fun clip from Adam Ruins Everything explains it brilliantly. In the late 1800s, DeBeers needed to monopolize diamond prices and stabilize the market by controlling the supply and demand of diamonds. While engagement rings can trace their origins back to the 15th century, they did not originally have diamonds and were more for elites who could afford the tokens. DeBeers diamond company launched a marketing campaign in the late 1930s focusing on the diamond.

The campaign peddled the notion that diamonds were extremely rare and precious (they’re not) and in the 1940s that “A diamond is forever”, which remains true when sold to a pawn shop after a divorce. But the social pressure from DeBeers made it inconceivable for a man to propose or wed without a diamond ring. It became expected by women, and an accepted norm by both sexes.

In many of the same respects, academic institutions have collectively pushed society to the notion that one cannot have a bright future or succeed in life without a college education. This is impressed upon kids leading up to their decision, in movies, tv, and reinforced by parents- both those who attended college, and those who didn’t. Somehow, somewhere in our recent history, a person who didn’t graduate from a four-year college was somehow less. Of course, that’s wrong, but the marketing works.

Of course, this thinking has led to a dramatic increase in demand while alternative paths have been pushed to the sideline, like trade jobs. Companies like MajorClarity do a great job at helping high school students explore different options after graduation. They can see video interviews of people in various career fields (many of which do not require a 4-year degree), trades, military, and more. They can apply for internship opportunities and take a personality and strengths test to see what might make them happiest. It’s an amazing tool because it helps remove the pigeonhole idea that college is the best or only acceptable choice for a young adult leaving high school.

Changing policy is difficult enough; changing culture is extremely difficult and takes generations. Many politicians talk about the issue, but their solutions rarely address the root causes of the problem.

To start, I think there are two policy issues to address on the supply and demand side:

Remember when the US Government backed mortgages from banks, to people who couldn’t really afford to buy overpriced houses? And when the house of cards collapsed, some banks were too big to fail? A similar relationship exists between academic institutions, many of which are recognized as non-profits, banks, and Government Policy.

Total economic debt from student loans is nearly $2 Trillion in the US; second only to mortgage debt. If you had to declare bankruptcy to absolve yourself of student debt, you couldn’t, and it would survive your death. You can’t escape it.

Banks and academic institutions should not bear all rewards from student loans, while shifting all of the risks to the student they profit from.

Colleges and those in the industry can continue to increase the costs of education (books, tuition, room/board, fees) while continuing to fail to tie a student’s chosen path to a measurable result, while banks allow students to borrow whatever they need regardless of major. It doesn’t have to be tied to their potential earning income or any other factor based on reality, because Uncle Sam backs the loans and helps protects the banks against their risk.

Something is wrong when an 18-year-old can borrow $100,000 or more for four years of college education for the potential of making enough money to pay off such debt over a decade or more, yet they can’t take out a $10,000 loan to start a business.

Federal laws recently passed required hospitals to disclose their prices. Menus have to display their prices and calorie content. Nutrition labels and ingredients are required with packaged food.

So why do we not require disclosures for student loans, especially when they are backed federally by public money and sold mostly to young people who see college as the only – or best – path to pursue their American Dream?

Each university should have to disclose the salary averages and ranges for each major; and the graduation rates. A link to non-college alternatives should accompany this, as well as to a site that lists comparable figures at other universities in the country, as well as any grants or benefits available to low-income students. This should be disclosed and not simply left for them to figure out and decide. It shouldn’t be a challenge for the average person to get this information when making their decisions.

Going to school for basket weaving and looking to take out a $100,000 loan? If you see that your chances of being saddled with debt for the next 20 years is high and that’s explained to you, you’re not as likely to do it. Moreover, if the bank knows that their chance of seeing a return is diminished because you can declare bankruptcy because you were sold on a bad deal, they’re less likely to put you in that position. But if you still want to do it because that’s what you really want to do, then the bank and university may lower the cost of that major to be in line with the market because there’s something to tie it to. If not, there would be more suitable alternatives for the student to learn basket weaving that don’t cost $100,000, like a working internship or apprenticeship, alternatives that should be communicated to the student.

What do I think are some solutions?

Yes, many want the college experience, whether it’s for fun or in-class learning and building relationships. But future generations should not be allowed to fall into a financial trap without exit options, full transparency, and shared risk among both educational institutions and the banks that back them.

Heavy student debt inhibits creation of families, home ownership, disposable income, and other invisible impacts. Saddling large numbers of our future citizens with heavy debt while pursuing the American Dream that’s been sold to them will continue to create harmful social impacts, damage capitalism, and constrain our republic.